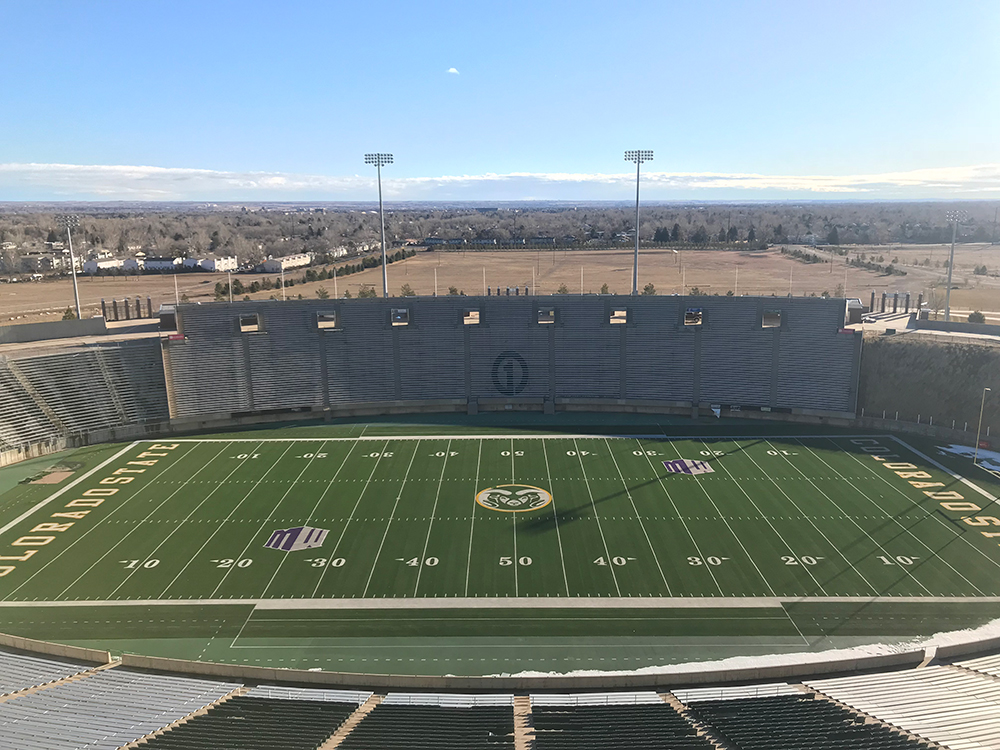 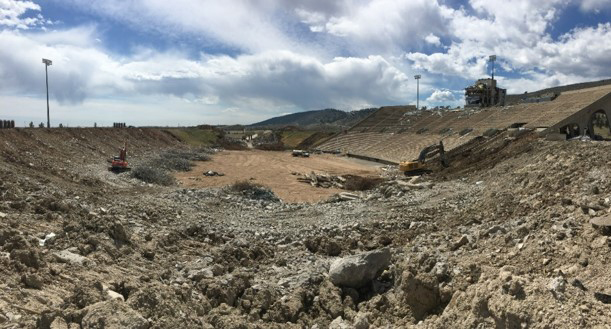 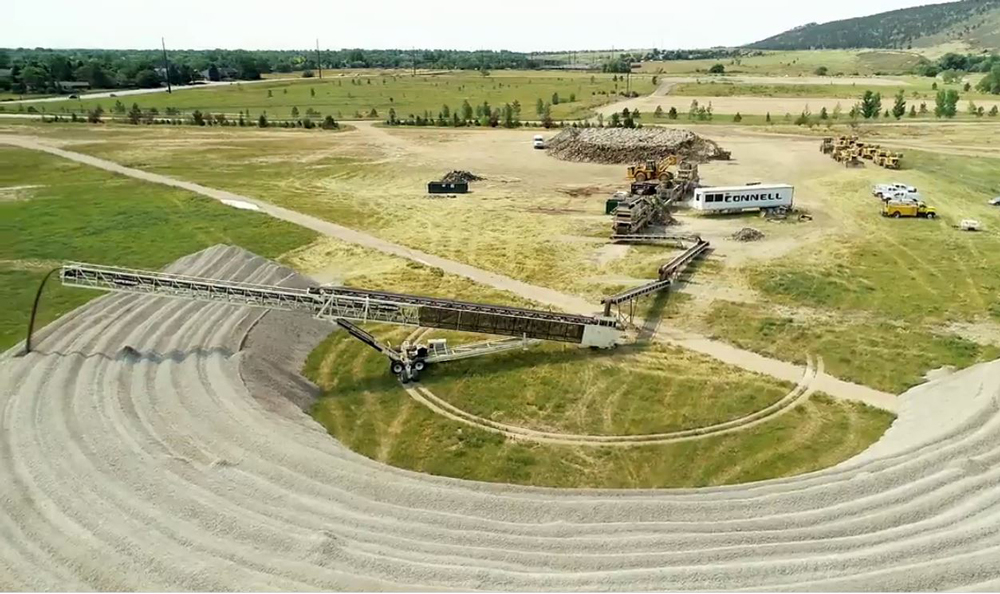 Colorado State University Hughes Stadium was the home of the CSU Rams from 1968 until 2016. The school’s governors elected to build a brand new state of the art stadium on campus instead of spending an estimated $35-$40 million on minimal repair work at Hughes.

In March of 2018, Connell Resources was subcontracted by Independence Excavating and Demolition, a Cleveland base contractor to complete site grading, asphalt and concrete recycling and final site restoration seeding.

Independence completed all of the major vertical demolition work while Connell Resources provided services to transport the concrete and asphalt rubble to an onsite processing yard. Once in pile, Connell processed and crushed approximately 40,000 tons of concrete into a CDOT Class 5 aggregate base course. Connell exported this class 5 aggregate base course from the Hughes Stadium site and utilized it on numerous projects within northern Colorado reducing the impact on the environment for the need of virgin aggregate materials. All 40,000 tons of materials were crushed and removed from the site by December 10th, 2018.

Fill out an online application!